2019/03/12|By: صحيفة الأصالة|Posted in: News
Home » News and Articles » News » Double Gold for Al Bidayer Stud to bring down the curtain at the Sharjah International Arabian Horse Festival

Two horse owned by Al Bidayer Stud belonging to Sheikh Mohammed bin Saud Al Qasimi, head of the Central Finance Department of the Government of Sharjah, earned 2 golden medals during the closing championships of the 20th Sharjah International Arabian Horse Festival, which was held for four days at the Sharjah Equestrian and Racing Club in cooperation with the European Conference of Arab Horse Organizations.

The Fillies Championship was won by A Vision MI (Allegiance MI x Always Valentine MI) for Al Bidayer Stud in a truly gold-worthy fashion, after qualifying for the competition by scoring 92.38 points during the qualifying rounds.

The second golden medal was brought home by Saif AlBidayer (Excalibur EA x Nesj El Markhisa) the Champion Colt who took the lead in the finals after qualifying for this tournament after scoring 92.50 points during the preliminary round. 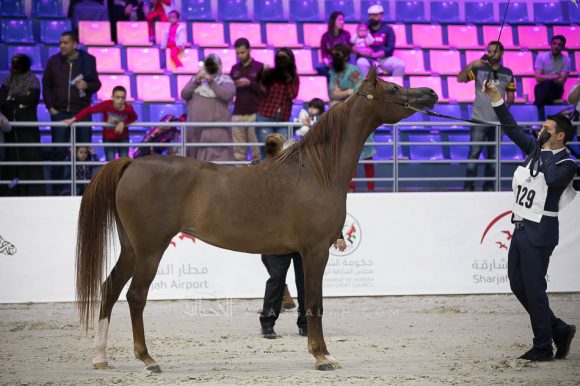 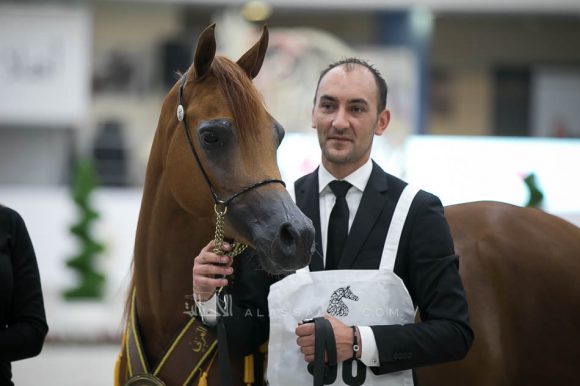 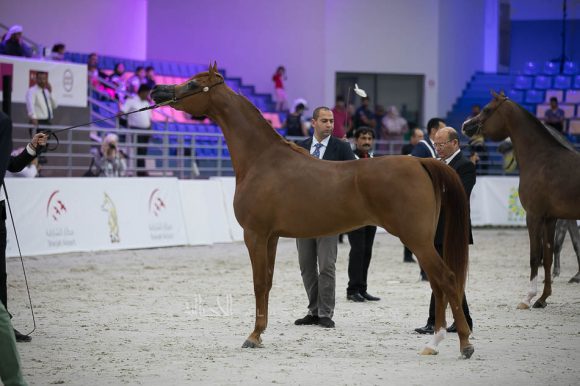 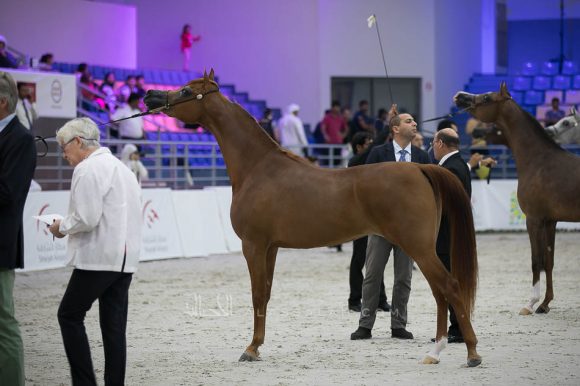